Pompey did well in the cups, but ended up losing in the play-off semi-finals again. What do you think about Pompey’s 2019/20-season?

– To be honest i feel that we were very lucky to get into the play offs at all. We were quite poor for the majority of the season and there were at least 6 teams who deserved it more. Of course, i was happy to make the play offs but i was never really confident of progressing.

Pompey drew 0-0 at home to Shrewsbury in the first league game of the season. They have also played three cup matches, the latest against Brighton on Thursday. What are your thoughts on Pompey’s start to the season?

– The draw to Shrewsbury was dissapointing, but it was the first game of the season and the important thing is we did not lose. From what i have seen from this team the last few years is that they need to build on momentum, they seem to play with more arrogance after a win and it seems to work for them. Having said that, it looks like we have another great season of Jackett ball to look forward to. Having said that, although we lost 4-0 to brighton in the cup i believe we can take many positives out of the game but everyone has their own opinions.

How do you keep updated on Pompey (matches, news)?

– I guess mainly from facebook these days, it is such a lazy way of keeping up to date.

Have you got a favourite player at Pompey now?

– Jack Whatmough, i truly believe this kid is premiership class or at least has the potential to be so. Unfortunately he is mad of glass and every game he completes is an achievement in itself. He outshone the so called best CB we have had at the club in a few years, who might i add is on loan at a championship club for the second season in a row. Poor form Brighton! 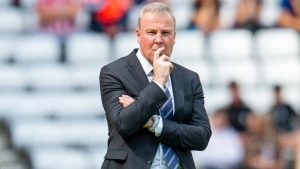 What are your thoughts on Kenny Jackett and the job he has done and is doing at Fratton Park?

Now Pompey are away against Rochdale. What are your thoughts on this game, what is your starting 11 and what do you think the score will be? 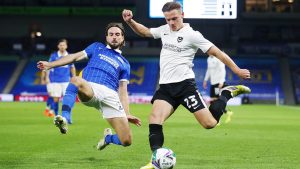 – As every game this season i feel it will be tough. I am going to go with a 2-1 Pompey scoreline. My team is below – 4-2-3-1 because we know that is the only formation we play. GK – MacGillivray. LB – Pring – i have liked what i have seen so far. CB – Whatmough – If fit, made of glass remember. CB – Raggett – our toothless wonder. RB – Johnson – Heard great things. CM – Naylor – Its cold enough for him now. CM – Cannon – one of my faves. CAM – Jacobs – Is he ready?. LAM – Curtis – Superstar attitude, football league ability. RAM – Williams – Mr duracell himself. ST – Marquis – Will someone just bloody feed him!

– Hmmmmmm, i feel we will finish top six. Automatics would be a pipedream but more then likely we will scrape into the top six the last few games of the season.

Have you got a message to the other Pompey-supporters in Scandinavia? 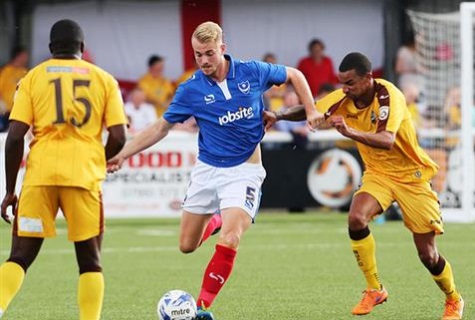