Covid-19 has dominated much of 2020 so far and has put much of life including football into perspective. Certainly, Saturday afternoons have not been the same without being able to go to a match and “normality” is unlikely to return (to the UK) for some time.

Pompey’s season didn’t start well but they progressively got better as the team began to gel. While we weren’t winning at Fratton to begin with we weren’t losing either and the home form really helped secure out position in the tightly fought top 6. Things were looking rather good in the New Year although it was very disappointing to lose to Fleetwood away since Pompey offered very little that day.

It was a season of much rotation of players, particularly in the front and I am not convinced if we ever really found out what the best combination was with so much inconsistency from the players. Curtiss was generally able to hold his position on the left whereas Harness, Harrison and Williams all featured on the right along with Evans who was used sparingly this season.

I was disappointed with Marquis who was like the others very inconsistent and Pitman even more so. The few times I saw Hawkins (particularly at Fleetwood) he was very poor.

I thought Cannon had a good season and was recovering well and Naylor was generally very reliable. Close scored a few good goals but again suffered from consistency.

Pompey were strong on the left side at the back with Brown and Seddon both performing well and it is a credit to Haunstrup that he was able to fill in as a right back when needed and still played well.

Downing was not a success and Raggett struggled to begin with but got better. Clarke was sorely missed. Burgess was solid all season. I am not sure what happened with the goal keepers as I didn’t think Mac Gillivray was bad at all. Watmough didn’t really have a season unfortunately.

All in all Pompey were robust and competent but not particularly pleasing to watch and deserved their play-off spot.

Of the players that have gone I think only Burgess will be missed – it would of course be good to get Seddon back but I cannot see that happening since we are staying in League 1.

On the other hand, I expect that new contracts will be agreed with Brown and Haunstrup.

Burgess has probably been our best player over the entire season.

As always the play-offs are a lottery, even more so this year with the lack of competitive football.

Jacket has had a relatively successful season – reaching the play-offs and an un-played Wembley final. He did have money to spend and anything less would have been considered a failure. The fans, as always, want more. There were plenty of Jackett -out chants at the beginning of the season and to his credit he won the fans round with the much-improved performances later in the season. I doubt whether the fans will be as patient next year.

We now need at least 2 if not 3 good centre backs as I cannot see Downing performing well enough, and that is going to be a challenge. It would be good to see Whatmough back, but his knees must always be a concern.

Next season depends very much on the desire of our owners for success on the pitch. They have clearly invested heavily in maintaining Fratton Park so we won’t be moving for the foreseeable future, but they must realise that in order to maintain the excellent attendances, Pompey need to improve and be far closed to a top 2 spot.

The departures of Pitmann, Burgess and Hawkins should give some relief to the salary budget but they will have to spend all of it and more to attract replacements capable of getting us promoted.

The home crowd give Pompey quite a lift as do the loyal travelling Pompey fans so the sooner we can go to see live matches again the better. Unfortunately, I cannot see it happening that soon. Experiences of fans adhering to social distancing has been mixed here in Denmark even with limited numbers, so I cannot see the UK government suddenly allowing gatherings of 5,000 let alone 10,000 or 20,000 for some months to come. This is potentially disastrous for the income of most lower league clubs who are very reliant on income from gate receipts.

This is the time of year when most fans are optimistic about the forthcoming season (whenever it eventually happens) and I don’t doubt that Pompey will return stronger and better for 2020-21 but just hope they will play with a little more flair.

Stay safe and Play Up Pompey. 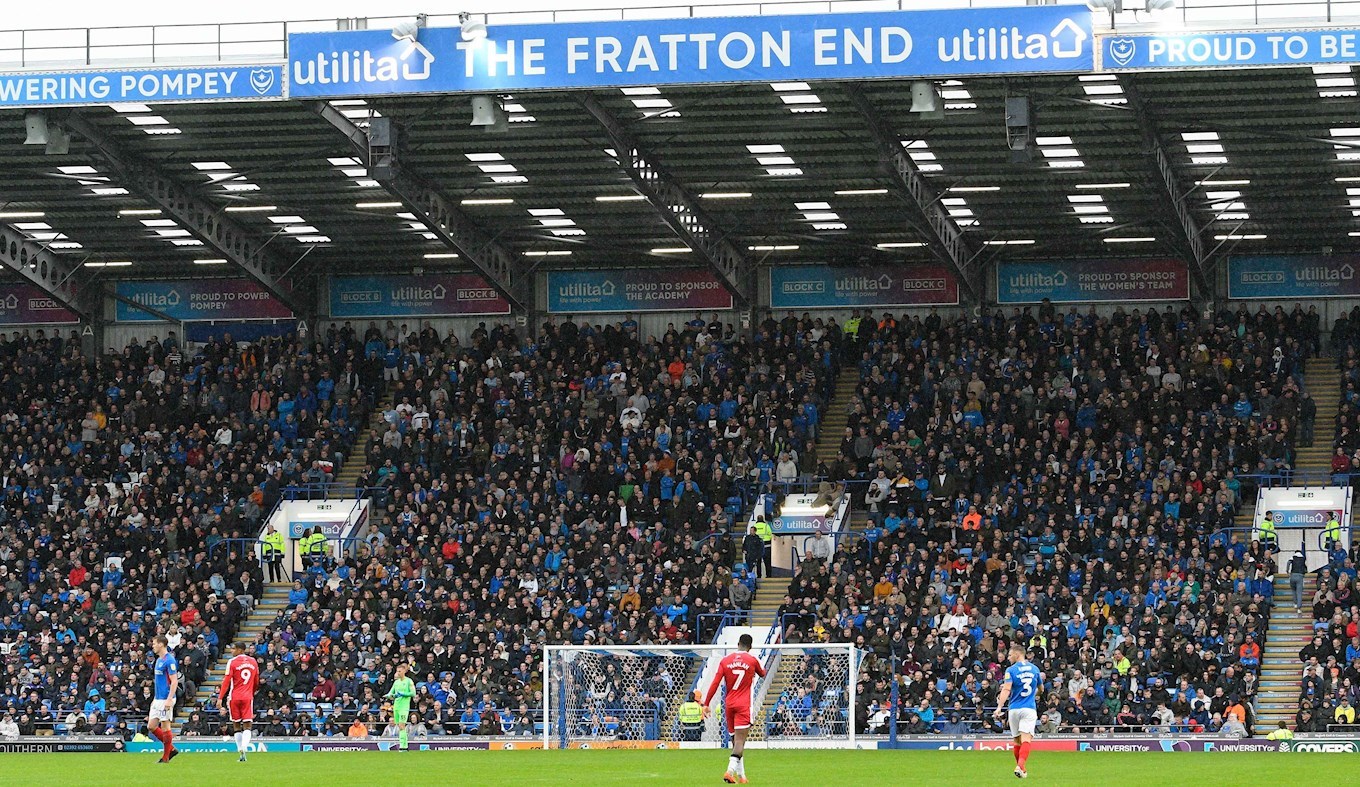