Look, it's complicated. Crewe needs rearranging and so could Rotherham and Bolton. Good luck finding the space in #Pompey's calendar to play them. https://t.co/O9RlDviG1C

«We had a good look at the pitch and certainly felt it was playable, although there’s obviously been quite a lot of rain in the past few hours. When we arrived, the referee had already done an informal inspection and then he said he would need to make that a formal one.

“It’s very easy to blame the officials, but Martin Coy is very experienced and it’s a very difficult decision to make. He obviously has to take into account the safety of the players and is the one who has to make the tough call.

“When he made the decision the pitch was unplayable, but we were still more than a hour from kick-off and the forecast was that the rain would stop. We thought it was possible – even if the fixture had to be put back a bit – but the officials have a lot of protocols that they have to follow and they’re just here to administer the laws, not make them.

“It’s really frustrating and I feel so sorry for the 1,500 Pompey fans who have made the long trip up to Crewe. We travelled up in Friday and know how tough it was to get up there during the storm, but it’s harder for them and there’s the cost implication, so we’re desperately disappointed.” 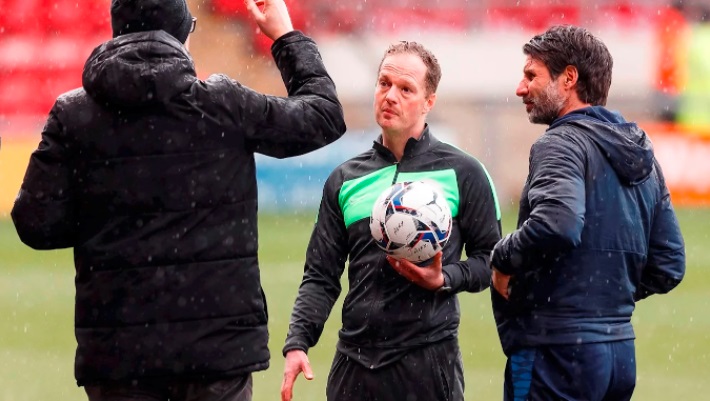 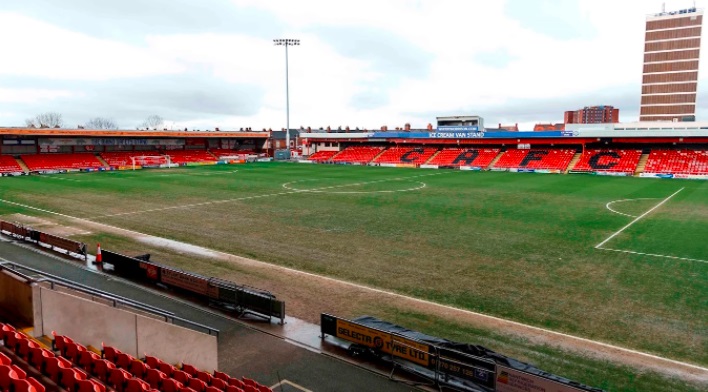 The managers join the referee for an inspection. #Pompey pic.twitter.com/d3AqSYvFDE