“I thought that we probably created enough chances to win three football matches.

“When you come away from home and dominate the way we did in the first half, we’re obviously disappointed not to win the game.

“We were excellent in our play before the break and the game-plan was delivered perfectly, so credit to our lads for that.

“At half-time we should have been further ahead and our opponents were forced into a change, but that’s the second time in a row we’ve conceded straight after the restart.

«I thought that we probably created enough chances to win three football matches.»

“We fought our way back, though, and scored a really good goal and had more chances to get a third and wrap things up.

“So we’re really disappointed that we haven’t won the game, particularly with how well we’ve played.

“But if you concede two goals then football generally suggests that you won’t – it’s much easier to get a 1-0 or 2-1 victory than it is a 3-2.

“We gave a needless free-kick away for the first and then didn’t do our job to deal with it, while they got an overload for the second.

“Our supporters were incredible – just imagine if we could create a winning team. The way they backed us was magnificent and really inspired me.”

3,000 or so #Pompey fans making all the noise after Ronan Curtis opens the scoring at The Valley. What a goal ☄️ pic.twitter.com/aITJH6oiio 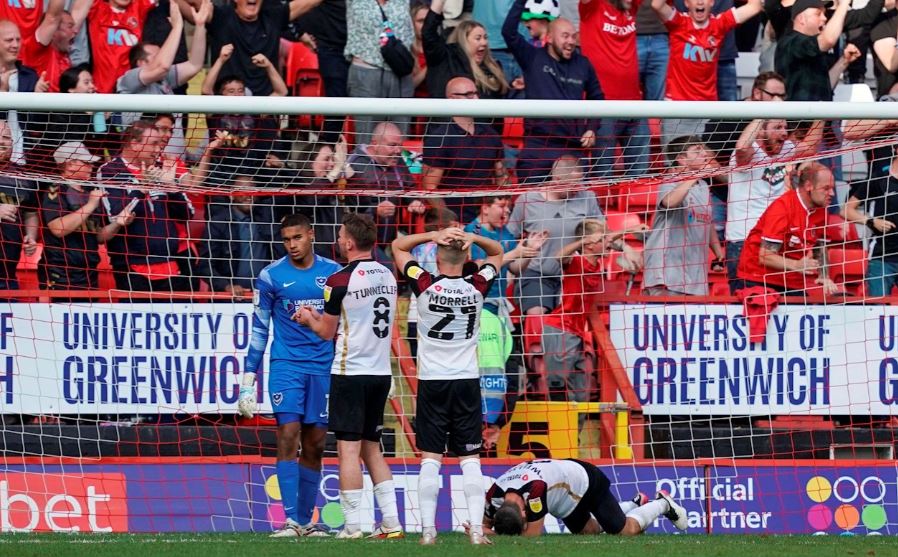